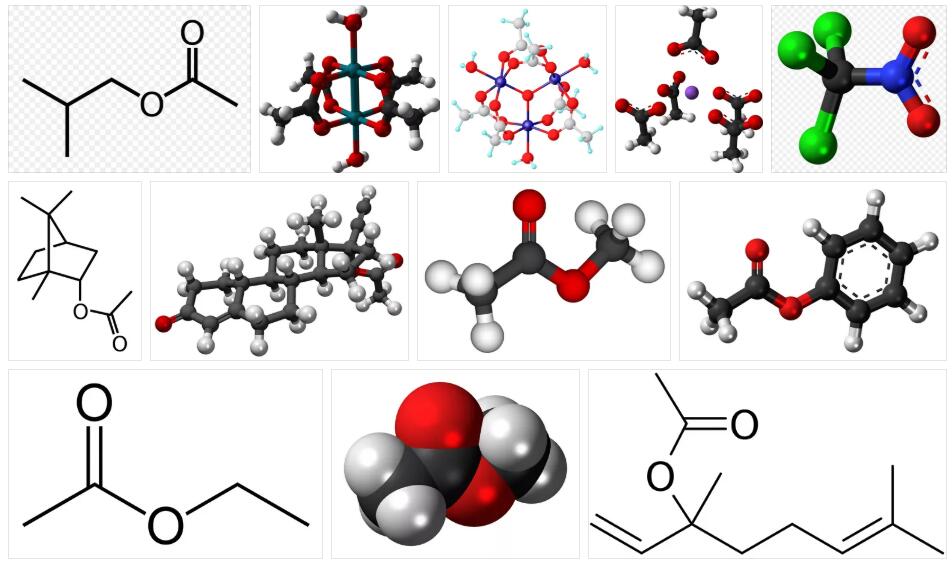 The concept of acetate has its origin in the Latin acetum, a word that refers to “vinegar”. It consists of a transparent material that is used in the graphic industry and is intended for the manufacture of photographic films. In chemistry, acetate is the salt that is formed by mixing acetic acid with some base.

As listed on Digopaul, there are many types of acetate, and below we will mention some of them:

The vinyl acetate is a liquid chemical industry, transparent appearance and sweet flavor which is highly flammable. This product is used to form other chemical elements, which in turn allow the production of paints, adhesives, fabrics and paper. It can also be used as a coating to package certain foods and to modify starch. It is important to mention that continuous contact with this liquid can have consequences for people; The symptoms that appear are irritations in the throat, nose and eyes and, in some cases, spots on the skin. The higher the exposure, the more serious the complications.

The cellulose acetate, meanwhile, is a colorless, amorphous thermoplastic. It has good stability with respect to UV rays and is hygroscopic (it can absorb and exhale moisture, depending on the medium). Products that use it are brushes, spectacle frames and films that are used for graphic and artistic applications. It was invented in 1865 by Paul Schützenberger, and has since been exposed to change and given new uses.

Regarding its use in the cinema and photography sector, the first film made of cellulose acetate was presented in 1934 and replaced those of cellulose nitrate (standard until then). This type of film became more popular until the creation of the one made of polyester, also known by the Kodak name “ESTAR Base”. This occurred in the 1980s. In any case, the acetate film was not completely forgotten, but was used in magnetic tapes, until the polyester film was completely massified.

The sodium acetate, also called sodium ethanoate, is a type of salt employed in the processes of neutralization or desasidulación to remove free acidity. It is a product used mainly in the textile industry when it comes to bleaching garments, especially if aniline dyes are used.

Other uses are: lightening of the leather, flavoring in the potato chips and manufacture of thermal bags. It is a very economical and easy to obtain product: it can be purchased from chemical distributors or in any laboratory where they are dedicated to synthesizing components to obtain reactions such as acetic acid with sodium carbonate, sodium bicarbonate, or hydroxide of sodium.

The lead acetate is a chemical composition of white crystalline possessing a sweet taste. It is achieved by mixing acetic acid with litharge (lead oxide II). It is an absolutely toxic substance and can be used for the composition of explosives, due to its ability to dissolve in water or glycerin. In any case, it has other uses, which include obtaining a wide range of hair dyes that progressively change color until completely fixed, and the dyeing of clothes or certain printers.

According to some studies, lead acetate can be highly polluting and could cause complications during pregnancy, even killing the fetus, which is why in recent years its use in hair dyes has been lost and women are recommended not to use it. if they are pregnant.

Finally, ferric acetate is one that is used as a flavoring in chewing gum and as a varnish in different ornaments. According to experts, derivatives of this substance have precursors such as Acetyl-CoA and associated molecules, as occurs, for example, with Malonyl-CoA and Propionyl-CoA.

There are many other types of acetate, each one intended to fulfill a different function in the production or industrial chain. 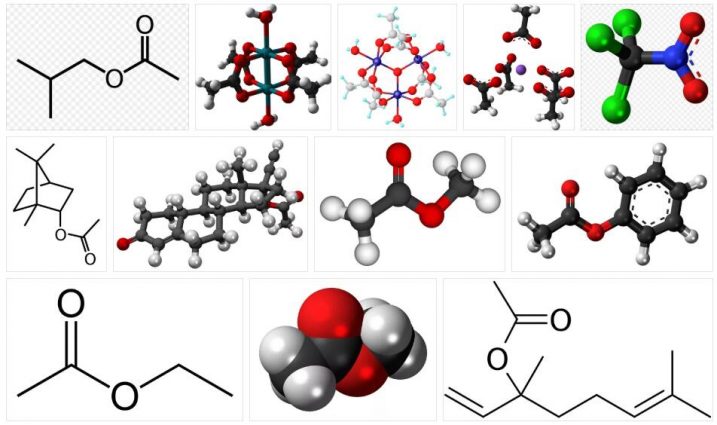