In order to fully understand the meaning of the term codominance, it is necessary, first of all, to discover its etymological origin. In this case, we can state that it is a word of Latin origin that is the result of the sum of four very well delimited parts:
-The prefix “with”, which can be translated as “together” or “all”.
-The verb “dominate”, which is synonymous with “have under their power.”
-The particle “-nt-“, which is used to indicate “agent”.
-The suffix “-ia”, which is used to indicate “quality”.

Genotype is called the genetic data that, according to its allelic composition, a certain organism has in its deoxyribonucleic acid (DNA). Allelic, for its part, comes from an allele: each alternative form that the same gene can adopt according to its sequence, which are located in the same place on the homologous chromosomes.

According to DigoPaul, codominance is a situation that occurs when two different alleles are found in the genotype and both are expressed. In this state, the expression of both alleles results in a phenotype (the manifestation of the genotype that varies according to the environment) with characteristics of both.

Therefore, it can be established that codominance is a type of genetic inheritance that has the characteristic that dominant characteristics are inherited from both parents.

A clear example to understand codominance is the one that establishes that an individual, in relation to their blood group, who has an A allele and a B allele will have an AB blood type. Of course, because the aforementioned alleles are codominant with each other.

With codominance, therefore, the expression of a gene in a heterozygous organism is equivalent to that of its peer. Heterozygotes, in this way, present the two alleles of the same gene in relation to a certain trait. In incomplete dominance, on the other hand, the two alleles are also expressed, but in a genotype that presents intermediate characteristics.

It can be said that, in heterozygotes, there are two alleles that are expressed but do not join. Suppose that a codominance cross of two species of horse is made: one black and one brown. The result of the cross will be a horse with black and brown spots since the two codominant alleles are expressed simultaneously.

Similarly, a yellow flower A and a blue flower B, in a codominance interbreeding, will allow the creation of an AB flower whose color will be yellow with blue spots: both codominant characters appear expressed.

In addition to all the above, it is important to know that it is considered that codominance as such was a discovery, a theory, established by the biologist and writer Teresa Audesirk (1950). Apparently, he raised it in a forceful way in his work entitled “Life on Earth”, thus taking a great step in the field of biology that has made it possible to advance a lot in it in recent years. However, it is considered that it has not received the recognition it deserved. 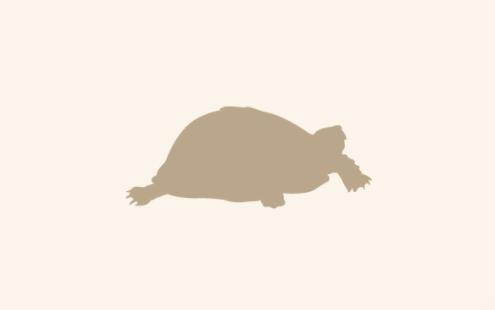