Meckel -Gruber syndrome ( FMD ) is a hereditary disease. It is characterized by severe congenital disabilities. Affected newborns usually die within the first two weeks after birth.

What is Meckel-Gruber Syndrome?

In Germany, statistically 0.7 to 7.5 newborns per 100,000 births are affected by the disease. In Finland, the disease occurs much more frequently. One in 9,000 newborns is affected here. If the pregnancy is not terminated, the children often die in the perinatal period, i.e. before the seventh day of life.

The disease is inherited through an autosomal recessive genetic defect. In an autosomal recessive inheritance, the genetic defect is located in one of 22 so-called autosome pairs. Autosomes are chromosomes that, unlike gonosomes, do not affect sex. The Meckel-Gruber syndrome is therefore passed on regardless of gender. Recessive means that the disease only breaks out when two diseased genes, one from the father and one from the mother, are passed on to the child.

In order for a child to develop Meckel-Gruber syndrome, both the father and the mother of the child must be carriers of the disease. The parents show no symptoms because they each carry only one diseased gene. The second diseased gene is missing for the onset of the disease. The parents are also referred to as conductors, i.e. carriers of the defective gene. If both parents are conductors, the statistical probability of contracting Meckel-Gruber syndrome is 25 percent.

If the parents are related, the probability increases. The disease-causing gene has so far only been partially identified. It appears that changes in three different gene loci are responsible for the disease. They are located on chromosomes 17, 11 and 8.

Cystic kidneys are characteristic of Meckel-Gruber syndrome. In the process, numerous fluid-filled sacs form in the kidneys, so that the filtering function of the kidneys is severely restricted. The formation of kidney cysts is obligatory, i.e. if no kidney cysts appear, it cannot be a question of Meckel-Gruber syndrome. Liver cysts can also occur. These sometimes lead to liver fibrosis. The children also suffer from an encephalocele.

The brain is incorrectly designed and the skull often does not close properly, so that parts of the brain bulge out of the skull. Other brain malformations were observed. A cleft lip and palate, a malformation of the mouth area, can also occur in Meckel-Gruber syndrome. Often the newborns also suffer from microphthalmia. In the case of microphtalmia, the eyes are unusually small or possibly only rudimentarily formed.

Another symptom of the Meckel-Gruber syndrome is the so-called polydactyly, the multiple fingers. So there are more than ten fingers or ten toes. A double thumb on both sides can be observed particularly frequently, so that the patient has twelve fingers instead of ten.

A phenomenon of hereditary disease is also a situs inversus. All organs are mirrored on the other side of the body. For example, the heart is on the left and the liver on the right. Other symptoms of Meckel-Gruber syndrome are malformations of the bile ducts and underdeveloped lungs.

The cystic kidney is an important clue in the diagnosis of Meckel-Gruber syndrome. The minimum diagnostic criteria for FMD are cystic changes in the kidneys, fibrotic changes in the liver, and encephalocele or other central nervous system malformations. The prenatal diagnosis of the disease is carried out using ultrasound.

A diseased fetus has a cystically altered cranial interior, and sometimes other cranial defects. In addition, the kidneys are enlarged. These indications of Meckel-Gruber syndrome can already be found at the end of the first trimester of pregnancy. In the further course of pregnancy, other anomalies may be detected sonographically.

An amniotic fluid test reveals an elevated alpha-fetoprotein level. This is caused by the cranial and CNS anomalies and is a sure sign of a severe cranial deformity.

Unfortunately, Meckel-Gruber syndrome leads to the death of the patient in most cases just a few weeks after birth. For this reason, the relatives and parents of the child in particular are affected by severe physical complaints or depression and therefore also need psychological treatment. Those affected suffer from very severe disabilities as a result of the Meckel-Gruber syndrome and cannot survive for this reason.

This primarily leads to malformations in the kidneys and liver of the patient, resulting in insufficiency and thus death. Patients also suffer from a so-called cleft palate and thus restrictions in the intake of food. Patients’ life expectancy is honestly limited and reduced by Meckel-Gruber syndrome.

Unfortunately, it is not possible to treat Meckel-Gruber syndrome or to resolve the symptoms. The children die very soon after birth. Unfortunately, no further life-support measures are possible, so that no further complications arise. As a rule, after the death of the child, the parents need psychological treatment.

People suffering from Meckel-Gruber Syndrome already have severe health problems at birth. Malformations and malfunctions can often already be identified during the birth process. Many of the affected patients are born with a cleft lip and palate and should be treated medically as soon as possible. In the case of an inpatient birth, the nurses and doctors who are present take over the initial care of the newborn. Immediate surgical intervention is often ordered to ensure the child’s survival. In the case of a home birth or a delivery in a birth center, midwives and obstetricians take on these tasks. It is your responsibility to arrange for the child to be transported to the nearest hospital.

The parents therefore do not have to become active with these forms of birth. In the event of a spontaneous birth without the presence of medically trained nursing staff, an emergency service should be alerted immediately. A doctor is urgently needed in the case of warping or deformation of the head, an open skullcap or irregularities in the limbs. The syndrome is characterized by the presence of more than ten fingers or toes. If breathing is impaired, additional first aid measures are required before the emergency doctor arrives, so that the infant does not die within the first few minutes of his life. Only mouth-to-mouth resuscitation can ensure survival.

Meckel-Gruber syndrome cannot be treated. If the diagnosis is made before birth, termination of the pregnancy is often considered. Due to the severe skull and organ malformations, the mortality rate in Meckel-Gruber syndrome is 100 percent, which means that all affected newborns are not viable in the long term. Most children die within the first seven days, and no child usually lives longer than two weeks.

The prognosis of Meckel-Gruber syndrome is extremely unfavorable. The syndrome is based on a genetic defect. This cannot be cured with the current medical possibilities. The child is born with severe disabilities and has little chance of survival. Due to legal requirements, physicians and researchers are not permitted to modify human genetics in any way. As a result, physicians can only focus on using treatment options that provide relief for the various symptoms.

However, since multiple serious health restrictions have to be documented with this disease, the current treatment options are not sufficient to achieve stabilization of the affected person. In all cases of Meckel-Gruber syndrome known to date, the patient dies prematurely within a few days or weeks after delivery. Regardless of how early a diagnosis is made and how quickly extensive medical measures are taken, the average life expectancy of the affected person is between one and two weeks after birth.

The physical malformations affect several areas of the skeletal system and organs. The body of the newborn is too weak to survive the numerous surgeries necessary to stabilize the organism. Therefore, despite all efforts, organ failure inevitably occurs and thus premature death.

In principle, Meckel-Gruber syndrome cannot be prevented. Early diagnosis does not prevent the disease, but only allows for an earlier termination of pregnancy. Researchers have identified three gene loci that could be responsible for the changes responsible for the serious hereditary disease. These loci are referred to as FMD loci:

Changes in the MKS3 gene have been detected in people from Pakistan. Changes in the MKS1 gene also occurred in Finland and Europe. So far, a change in the MKS1 gene has been identified as definitely causing the disease. There is genetic diagnostics that check for the presence of this defective gene. The prerequisite for this diagnosis to be carried out is that a reliable diagnosis of Meckel-Gruber syndrome has already been made.

If the Meckel-Gruber syndrome can also be detected with gene diagnostics in this sick child, genetic diagnostics can be carried out before birth in further pregnancies. In this way, the parents can be told with certainty whether their unborn child is a carrier of the genetic defect. It is also possible to test the parents if they suspect MKS. A blood test is used to determine whether they are carriers of the genetic defect and whether there is a risk of passing the disease on to future offspring.

As a rule, the life expectancy of the children is also significantly reduced by the Meckel-Gruber syndrome, so that they die only a few weeks after birth. The aftercare focuses on the bereaved.

Sometimes professional, psychological support can help to deal with the loss of the child and the grief. Together with those affected, they develop therapeutic measures to counteract the severe psychological stress. If the parents who have already been affected wish to have another child, it is recommended that they consult the treating gynecologist in order to determine the likelihood of another child being affected in advance.

Meckel-Gruber syndrome is a serious illness that in most cases leads to the death of the child. Because of this negative prognosis, the most important self-help measure is seeking therapeutic support. The gynecologist can put the parents in touch with a suitable specialist, with whose help the typical fears and worries can be discussed and worked through. Attending a self-help group is also recommended. Talking to other affected relatives makes it easier to deal with the disease and its mostly negative outcome.

Together with the responsible gynecologist, it must also be decided whether the child should be carried to term or aborted. In most cases, the parents decide to have an abortion because the chances of recovery are very slim, but in some cases a normal birth is also possible and makes sense. Palliative delivery is an alternative.

Regardless of what parents choose, psychological support and the help of friends and relatives is necessary. If the woman later wants to become pregnant again, a comprehensive examination must be carried out to determine the chances of giving birth to a healthy child. 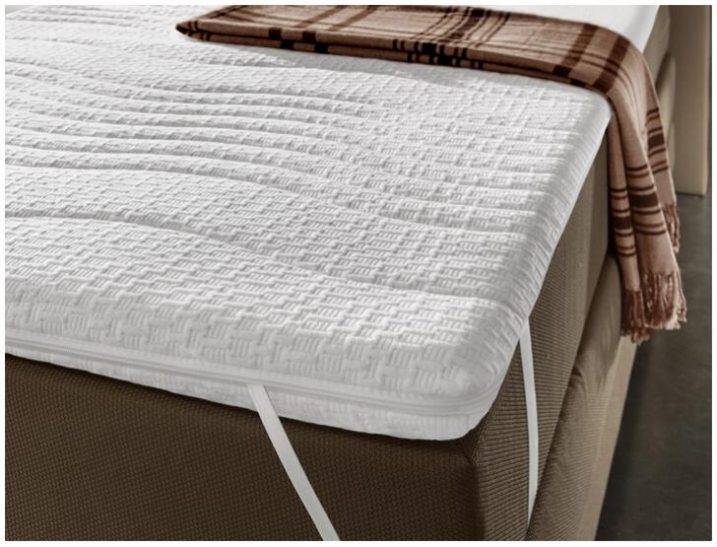