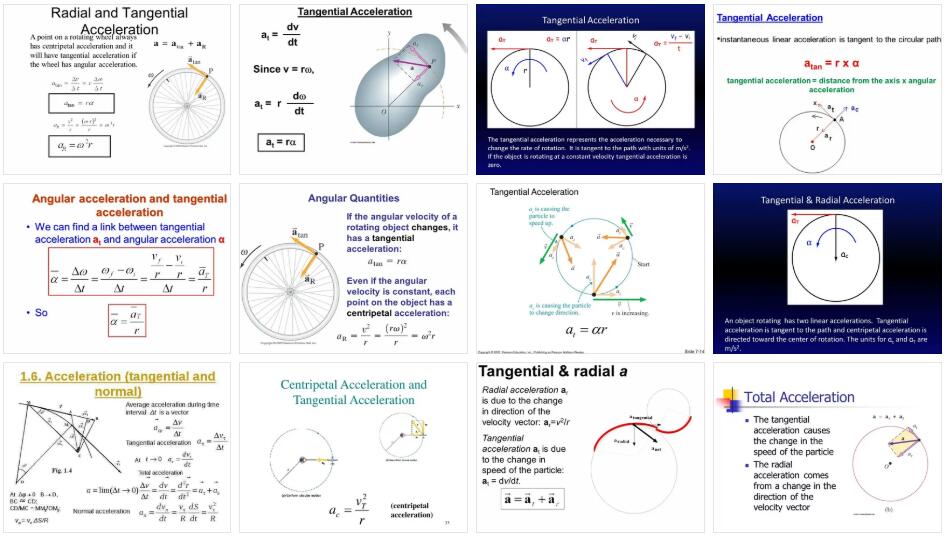 The word acceleration refers to the action and effect of accelerating. This verb, on the other hand, implies an increase in speed. Therefore, it is important to differentiate between speed (which shows the change in position of a body with respect to time) and acceleration (which indicates how that speed changes).

On the other hand, acceleration is a vector quantity that allows us to express the increase in speed in a unit of time. The International System establishes that said unit is the meter per second every second (m / s²).

In order to define and analyze the concept of tangential acceleration, it is first necessary to clarify that it is a term related to circular motion; It describes a circular path around an axis on which it rotates maintaining a constant radius. When the speed of this movement is also maintained over time, what is known as uniform circular movement (known as MCU) takes place; This situation is considered a special case, since there is no variation of any of its components, and is more typical of theory than of practice.

When a circular movement is made, the moving body has an angular velocity, since it constantly rotates with a certain inclination. The elements that make up its definition are the angle of rotation for each unit of time and the letter of the Greek alphabet used to designate it is ω (omega); according to the International System, this is expressed as radian per second, or rad / s. It should be mentioned that although it is indicated to describe the rotational movement of rigid solid bodies, it can also be used for particles, especially if they move in a closed path, such as a circle or an ellipse.

On the other hand, the tangential speed is that presented by the body at a certain moment in time, taking into account its direction and direction, as well as the radius by which it is traveling in a particular fraction of its trajectory. To measure it, the space unit is taken into account for the time unit, such as meters per second or kilometers per hour. Although to calculate it, it is possible to take the angular speed as a reference, it is necessary to understand that it can be constant, while the tangential can vary with each step, given the changes in the route.

The term tangent indicates that the direction of acceleration is the same as that of tangential speed, although its direction may be opposite. Normal acceleration, on the other hand, has the same direction as the radius of the circle, so it is perpendicular to the plotted route. 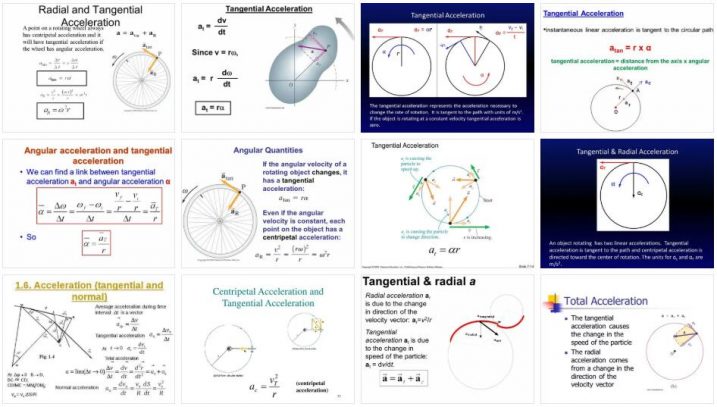